Dear visitor, welcome! You find yourself on the website of Evocation Music Publishing. Since spring 2015 we publish and distribute, as well as music publisher Iduna, Eugène den Hoed’s guitar arrangements and compositions. Meanwhile, 11 new titles have already appeared under the label of EMP. 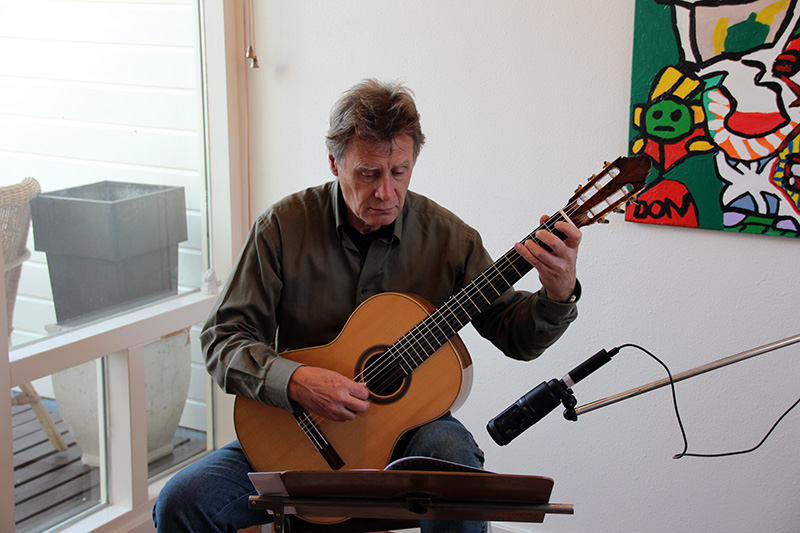 Ever since he was very young, Eugène den Hoed (1946) has always been fascinated by music, especially for the guitar. He took among others classical guitar classes at the Brabants Conservatory, from Balthazar Benitez.

He worked as a teacher at the muziekschool (now CKB) for many years as well, in his home town Bergen op Zoom. He played the electric guitar for many years in different bands and played classical music in a variety of chambermusic ensembles. He is active as composer/arranger for the classical guitar, and his own works and arrangements are published by Iduna as well as Evocation Music Publishing (since 2015). Iduna has also published ten CD’s with Eugène’s music, recorded by himself. Nowadays, his complete works comprise about 432 published pieces for the classical guitar.

26 Dec. 2020
A review of Haru no Umi from Classical Guitar Magazine USA, by Chris Dummigan. Click to read.

Beneath every music book, you find two prices.

More info: How to order